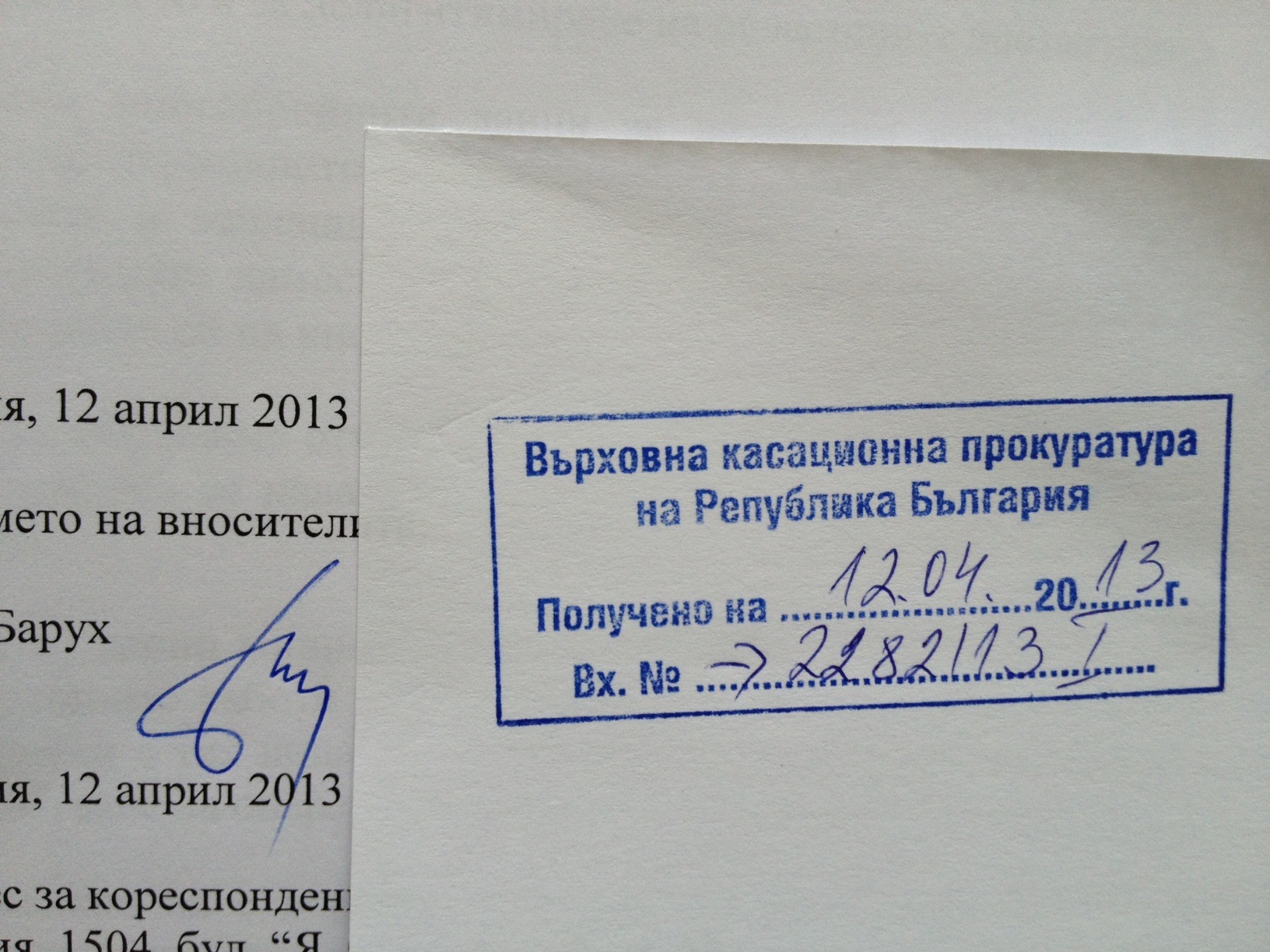 We turned to you on February 15, 2013, regarding a public statement of Boyko Borisov, the Prime Minister in the GERB Cabinet, claiming he could order the competent authorities to launch surveillance cases against any Bulgarian citizen – a statement perceived by the international organization Reporters without Borders as a destructive message that could have “disastrous consequences not only in Bulgaria but throughout the Balkans.”

We, who signed the letter, called upon you to order a probe to establish if such cases have been initiated on the instructions of the then Prime Minister and if they are, which services are conducting them, against whom, what are the cases exactly, and what is their procedural stage?

Our request touches upon one of the most painful problems in the country: bringing to light how secret power is used in Bulgaria.

We are yet to receive an answer, despite the fact you were precisely the one to declare you would be the guarantor of rule of law in Bulgaria and because you are the person having the authority to do so.

Meanwhile, the well-grounded assumptions of lop-sided use of special surveillance devices and of arbitrary use of the information obtained from them, led to a progressive deterioration of public climate in the country – we observe a dramatic collapse in the trust in institutions authorized to conduct investigations. This creates conditions for escalation of tensions and for stripping these institutions of legitimacy.

Despite numerous evidence of illegal use of special surveillance devices, the prosecution is not taking upon itself to probe the facts, and is, instead, searching for the sources of the tipoffs and threatens the whistleblowers. The latest such example of inadmissible violation of freedom of speech is the “invitation” to a journalist to reveal his sources.

Today, we turn to you again with the conviction that your directive to launch pre-trail proceedings is necessary for preserving stability in society.

These proceedings must establish:

Have the Prime Minister and former Interior Minister in the GERB Cabinet, senior employees at the Interior Ministry, and people from their circles conducted illegal wiretappings and have they ordered surveillance cases against Bulgarian citizens?;

Is it possible to apply legally authorized use of special surveillance devices on people who have nothing to do with any criminal activities?;

Is it possible that employees of the Interior have intentionally misled the Court by including in requests for the use of special surveillance devices the tracking of people with political or business aims?;

The abundance of information and tipoffs, published in the last three months, are not just legal grounds to launch pre-trial proceedings, but as they include concrete facts, they can be used as sources of evidence under the Penalty Code.

The journalistic publications, which are concrete, probable, and easily verifiable, leave no doubt the information available to you exceeds by far procedural standards which mandate the prosecution to launch legal investigations.

Our persistent request to launch pre-trial proceedings further stems from the fact this is the only possibility to secure procedural protection of witnesses as their revelations of the truth about crimes presume a dangerous confrontation with the “secret power.” In addition, the interrogations from a probe cannot be used in a criminal trial and the interrogated cannot ask the prosecutor to provide protection. This is possible only in pre-trial proceedings, which is of utmost importance for the whistleblowers and the investigators alike, and for civil trust in authorized institutions.

The huge volume of journalistic publications on the issue (over 300 since the beginning of the year) is a demonstration of the high-level of insecurity people in Bulgaria have to cope with, while your failure to react accordingly, in the absence of other functioning institutions, has the potential to increase the citizens’ negative attitudes towards the system.

Society, Mr. Chief Prosecutor, no longer believes in your office as there are founded suspicions it generates crimes and refuses to probe them. We fear that your inactivity or simulations of actions, especially in the current political moment, can expose you as an accomplice. For this reason, we insist on the removal from the probe of all individuals who are connected to the former Interior Minister; individuals whose names and professional careers are notorious among the country’s legal circles. We insist for the pre-trial proceeding to be assigned to irreproachable professionals. We wish to reiterate that your intervention is a must, as in this concrete case all boundaries of tolerance have been crossed, and because your continued inactivity would contribute to already existing suspicions of our European partners that in Bulgaria violations of human rights are being tolerated at the highest level.

Regarding the legal frame of the use of special surveillance devices, we assure you that we will call on the future parliament to establish an ad-hoc inquiry committee to conduct a complex probe of normative acts and their application in practice by all authorities, including the Supreme Prosecutor’s Office of Republic of Bulgaria.